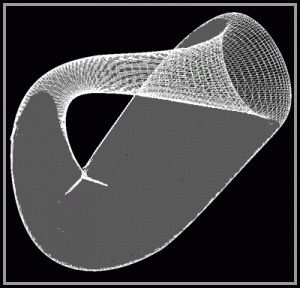 Part II: a Comparison of ILC and ELC Ethics

Assume you are an independently-minded “internal locus of control” kind of recruiter and want to make up your own mind about right and wrong, good and evil, the permitted and the forbidden, and what’s fair and unfair. This means accepting only those rules, principles and injunctions that your own mind can independently validate, even if you haven’t independently formulated them yourself.

Since the most widely understood and accepted set of life-governing rules is the code embodied in the Ten Commandments, they make a good diagnostic search tool for finding your own center of professional and personal ethical control, i.e., whether you are an internal locus of control personality type when it comes to ethics, or an external locus of control type—“ILC” and “ELC” type, respectively (allowing that one might switch from one to the other, in a given kind of situation or specific situation, without always being a consistent “type”).

With neither evangelical nor blasphemous intent, we can examine the Ten Commandments to see how well they govern recruiting and how well they fare when evaluated from your professional perspective—especially if it is the perspective of a recruiter with an independent locus of control, i.e., how effective, complete, etc., a code they represent as profession guidance in addition to confirmation of your own private inner moral promptings. Here are the ten, expressed as simply, yet as accurately, as possible:

This one, like Number 9, offers useful loopholes: Does it mean you shouldn’t want the kind of success, property and lifestyle your neighbor, client, boss or other recruiters have, or that you shouldn’t want to divest your neighbor of these? That’s the difference between a rule’s proscribing wanting to keep up with the Joneses and proscribing wanting to replace them or wanting to get their stuff (rather than wanting stuff that is only like their stuff). If you are an ELC recruiter, you will certainly be comfortable with at least wanting to keep up with your neighbor and the other Joneses, since, after all, isn’t that the American dream that most are chasing? On the other hand, if you are an ILC, or think about intentions more than consequences, you may still be very comfortable with imagining you have a right to want to keep up with (rather than keep) what the Joneses have—even if you will not, like some ELC recruiters, think of it as a duty or a delight.

The takeaway in all of this is that if you examine the Ten Commandments or any other code of ethics—including your professional code of ethics, there are only two possible ways that you can justify accepting it: on the basis of external considerations, such as external rewards, punishments, exhortations, pressure, etc., or on the basis of internal considerations, such as your own reasoning, your own interpretation of the code’s rules, principles or laws and your own cost-benefit assessment of the value of the code and its consequences. If you choose the ILC path, your independent reflections on any given code may lead to unexpected discoveries and perhaps even what deserves to be called moral and intellectual progress. It boils down to a choice between ethics based on well-pondered principles vs. ethics based on obedience—while allowing for the happy circumstance, from the HR department’s perspective of vested corporate interest, of professional ethics based on both.

Most importantly, irrespective of what the source of the code is, its genesis is never to be equated with its justification. The code is to be promoted or followed because it is right, not right because it is promoted and followed. This means that ultimately it’s your call—if you can factor in the tempting or unpleasant externalities without being overwhelmed by them.