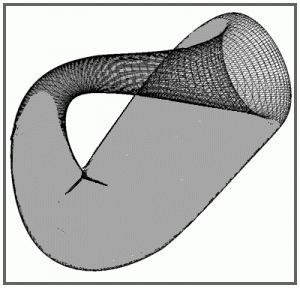 In the absence of some industry-wide recruiter code of ethics that you feel comfortable with in every situation, you will, from time to time, have to make judgments about whether what you have done or are contemplating doing is “right” or “ethical”.  Perhaps it’s not about you; perhaps it’s something a colleague or an applicant is doing. How do you decide? Do you do what you truly and independently believe is right—based on your internal conscience-based code and judgment, or do you follow the professional rules because of the risks of external sanctions? In the best of both moral worlds, your independent, internally-validated ethical judgments and the externally imposed code coincide and are in full agreement. But what do you do when they clash?

In any decisions like these, one key question is which should predominate as a consideration: your intentions, or the consequences of the action? This question involves what are called “meta-ethical” rules: rules for deciding what yardstick to use to measure moral distance from what is right. Is that distance to be measured by the results of your decision, or by the intention (called “teleological” and “deontological” ethics, respectively, for those of you who care to learn tough words for easy ideas)?

Internal vs. External Locus of Control

A second equally important question is whether your criterion of what is ethical is (or should be) what you think is ethical, or, instead, what the professional, cultural, social or religious community regards as being ethical. Sometimes, these will be miles apart. This latter conflict can be framed in terms of what is called an “internal locus of control” (ILC) versus an “external locus of control” (ELC). Having an internal locus of control means that your moral decisions and codes are validated, if not also generated or formulated, by you, according to your best independent inner-guided judgment, reasoning, informed observations and sentiments, rather than validated or imposed by an external authority—whether that authority be your peer group, a religion or your boss, if you have one.

Having an internal locus of control means, among other things, that you accept a code because you independently think the code is right; having an external locus of control most commonly means you accept the code because someone else, e.g., God, your community, your profession or your gang tells you it’s right or that if you disagree, there will be trouble. In both the ILC and ELC instances, externalities can serve as “input”; but in the ILC case, the external data are the first, not the final, step toward having an ethical code.

The Lessons of Inner Sensation and Outer Perception

A classic experiment in perception elucidates this distinction between ILC and ELC personality types and judgment situations: In that now famous experiment, volunteers were strapped into chairs in normally furnished rooms, normal except for the fact that, unbeknownst to the participants, everything was glued or nailed down in a room that could be tilted a few degrees by a hydraulic lift. When the room was tilted slightly, some of the volunteers, when asked, reported that nothing seemed abnormal; others reported some strange sensations or perceptions. The difference? Those who perceived the room as normal were guided by their externally-focused visual perceptions, which were normal because the chair they were in was tilted in tandem, to the same degree the room was. Their locus of control was external—the visual cues from the furniture and furnishings. The second group was more aware of subtle internally-sensed balance and orientation changes registering in the semicircular canals of their ears, sensations experienced as tilting.

The former group corresponded to ELC responses or personality types—those with a situational or characterological external locus of control; the latter, to ILC judges or judgments—with a momentary or habitual internal locus of control. The same distinction may perhaps be made between smokers and non-smokers, the former being very sensitive to external peer pressure, external image and external stressors, while the latter probably include many who are more sensitive to the internal searing pain in their lungs than to whatever external social gain or external stressor control smoking affords (Note: The Canadian Cancer Society’s perspective on the main psychological factor underlying smoking was, when I asked years ago, “poor stress management skills”—with stress generally being external in origin.)

The most popular religions, for the most part, feature codes that have an external locus of control, i.e., violate the code and face the external, eternal torments of Hell or fall from grace, rather than the internal torments of conscience—likewise for professional codes that have bite as well as bark, teeth as well as “truth”. On the other hand, the codes of moral philosophy, such as those of Confucius or libertarians (“Do what you like, but don’t use force or fraud first…or put others at undeserved risk”—my formulation), tend to be based on moral principles that appeal to the inner control of reason than the external coercion of authority and threatened punishments. This is the difference between hearing and listening to a voice in your head, rather than to a Voice in in the clouds. It’s also very much like using your own will power to control your weight vs. posting an external note on your external refrigerator door that says, like an external stern stentorian Voice, “Thou shalt not open this.”

The question germane to your personal code of recruiter conduct is this: Which kind of code do you adhere to—one based on internalized principle or one based on external sanctions? Try dealing with the two moral quandaries posed above, viz., the headhunting and mate-hunting dilemmas, to test yourself—and your principles, or your compliance with authority.

You Are the Final Judge

The first thing to note is that unless there is some contractual agreement that makes conformity to a code of ethics legally mandatory, all such codes are binding only to the extent that those bound believe they are bound or to the extent that the promise to conform to and uphold it is felt to be morally binding. What makes them binding is psychological force, not legal force. To the extent that your profession code or broader moral code is seen as “morally binding”, that psychological mandate will be external to the code, not internal.  For example, if you feel bound by the Ten Commandments, they are not the source of their own authority. There is no 11th commandment that says, “Thou shalt obey this rule plus the other ten.” Nor is there one that says “Thou shalt understand that all of these are perfectly reasonable commandments, including this one.”

Like any enforced rules, the Ten Commandments may bind you only through the mediation of a “third party”, e.g., a wrathful Jehovah who will smite you for disobedience—making their force entirely based on His. Alternatively, you may have accepted them because they agree with your own moral views, which makes divine authority and sanctions irrelevant to your having adopted them, especially if you are an atheist who accepts at most 8 out of the 10 commandments.

The rules of conduct for recruiters, to the extent that they are enforceable rather than “recommended”, are just like that: They rule you at least through intimidation and external rewards if not moral conscience—the latter involving the exercise of an internal locus of control in the form of your independent judgment as to whether a rule is right or not. The foolproof recruiter code rules you through both.

From a moral standpoint (as opposed to legal), your conformity to a rule, code or commandment is ultimately based on crude, blind obedience, the desire for external rewards and avoidance of punishments, or the expression of your independent judgment as to whether the rules are good ones. In the end and in fact, rules that you accept as valid are accepted by you because you believe them to be valid, not believed to be valid because you (have been forced to) accept them. Or at least they should be.

To imagine otherwise is to confuse the horse’s kick with the cart it pulls….

….or the moral bandwagon that horse is pushing you to get on.

Next: Part II: a Comparison of ILC and ELC Ethics